An extended vision for a Circular Economy – part 1 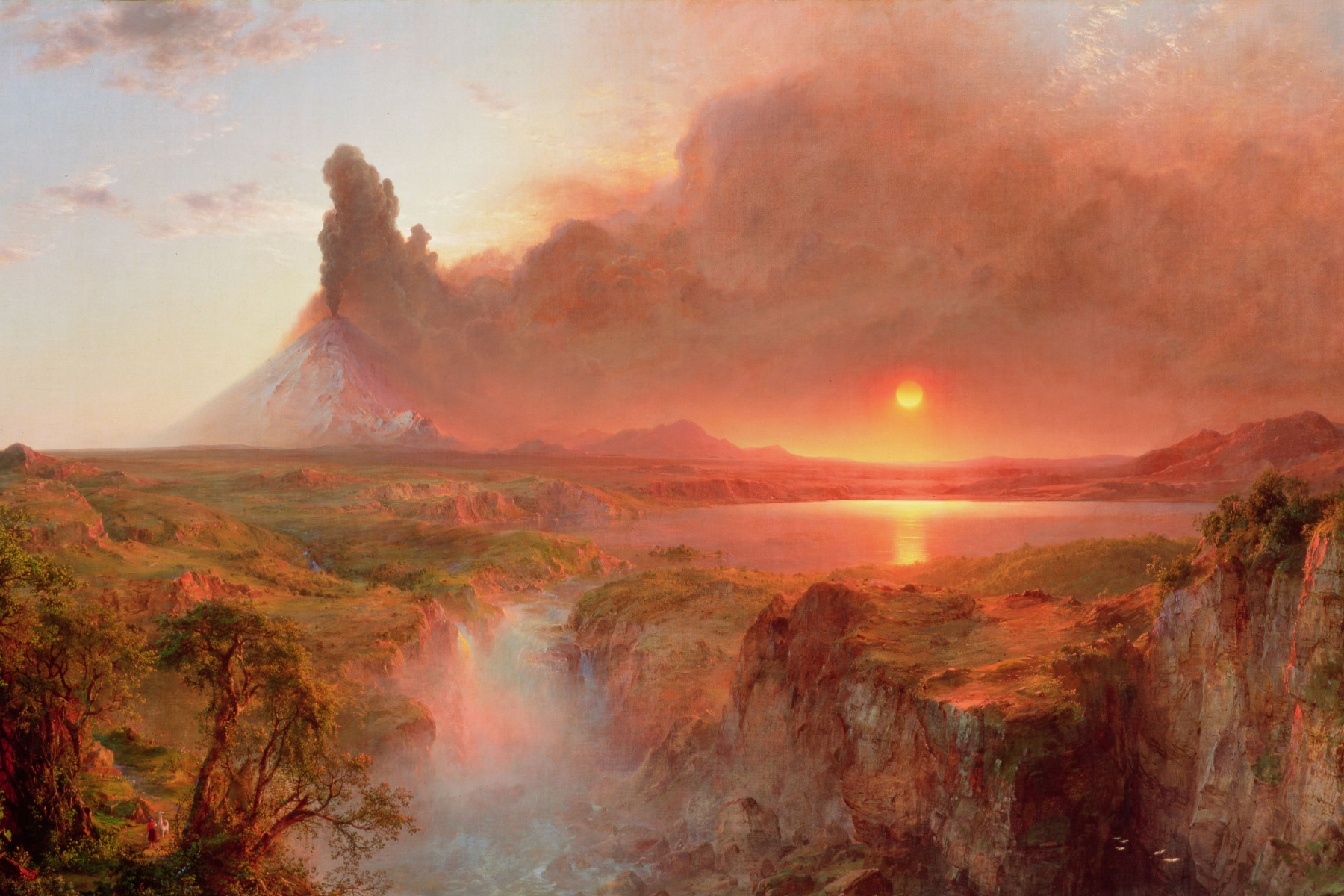 As a starters, a short, abstract and somewhat theoretical formulation which allows room for improvement is the following:

I see the Circular Economy as a complete System Earth that includes our human activity, the anthroposphere, at the same level of integration and interaction as the other ecological spheres of our Earth.

Putting it this abstract requires some explanation. It is not perfect yet as I would like to include a social element in there. But before getting into that, maybe I should first state why I developed my own definition: I am not happy with the conventional definitions of the Circular Economy. Let me explain by having a look at two of them.

The conventional idea of the Circular Economy

[pullquote align=”right” cite=”Circle Economy” link=”http://circle-economy.com” color=”” class=”” size=”small”]The circular economy concept provides a future proof alternative to our current lineair take-make-waste model, by decoupling growth from the use of natural resources and ecosystems. [/pullquote] The company Circle Economy defined the Circular Economy as ‘a future proof alternative’, but when they explain what it is, they actually only tell what it is not. It is not our linear take-make-waste model, and our growth is no longer linked to the use of natural resources and ecosystems. This reminds me of the pink rhinoceros. Okay, that is not totally fair, because as you can read on their website they state that the Circular Economy results in an economy:

Or as I would rephrase the last bullet: with only positive effects on human life and the ecosystem. These things are nice, but is it actually a good thing that all material streams are actively managed and recycled by us?

Let’s look at a more international reused definition. The one of the Ellen MacArthur Foundation.
[pullquote align=”left” cite=”Ellen MacArthur Foundation” link=”http://www.ellenmacarthurfoundation.org” color=”” class=”” size=”small”]A circular economy is one that is restorative by design, and which aims to keep products, components and materials at their highest utility and value at all times, distinguishing between technical and biological cycles. [/pullquote] I like the idea of being restorative, however, this apparent goal of the circular economy may actually be countered by the aim set in the rest of the definition: to keep products in their highest value at all times. Why so? Keeping products at their highest utility can’t be counter productive to our economy? I could hear you say. Well that is actually my criticism on most of the conventional interpretation of the circular economy.

Let me explain through some depictions of what the circular economy is supposed to look like. Again, world-leading here is the Ellen MacArthur Foundation. They portray the Circular Economay as two spheres (the biological and technical) in which materials flow down through a central spine and back up through their respective sphere. The central spine are the production and usage stages. The way back indicate various levels of recycling or reuse.

This could basically be a closed circular economy or industrial system. However at the top, we see that raw (virgin) materials may enter the economy, and at the bottom they leave this system again through incineration (air-fill) or land-fill.

The European Parliament and commission depicted the Circular Economy in a more abstract way. They combined both biological and technical sphere into one showing the various product life cycle stages within the circle. However, the circular economy in this depiction again has a starting point where the raw materials enter the circle, and some ending point where residual waste leaves the circle.

It’s just not that simple

Well, some of you may say that the aim of the circular economy is to reuse your current waste and avoid using virgin materials. If we do that completely we won’t have any residual waste either. But what about the population growth and the technological innovations pushing the demand for more rare Earth metals. That doesn’t match with what we currently have available within our economic system. And what about asbestos or CFC’s, those demands are decreasing. Should we keep them at their highest value in our economy just for the sake of a closed material loop? Many new materials are developed each year of which we have no clue what their effects will be on the long run. Thus we will keep on having residual waste consisting of materials that were thought to be great innovations. Forcing them to stay at their highest utility in the economy may create a material bubble on the long run.

That disadvantage is part of our drive for innovation and economic progress. So the question remains: how can the demand for more and new materials as well as inherent residual waste be reconciled with the idea of a circular economy? To put it bluntly, these depictions are no circular economies but an helical economy: One that looks like a circle from the top, but from the side it goes down and so now and then things fall off at the bottom. Basically the materials are temporarily buffered into the economy. On the one hand that is a good thing because we may need less energy to produce new goods and services, on the other hand it is just delaying our craving for new materials and the deposit of our economic excrements and technical failures.

[pullquote align=”right” cite=”Maurits” link=”” color=”” class=”” size=””]A healthy society is a society that does not exhaust and neglect its resources but maintains and reuses them.[/pullquote]

Next to these issues arising from population growth and the imperfect technological development, there are two other perceptions of the circular economy that do not always hold true. One considers the efficient use of material and energy: turning off the water tap. The other one considers the “less is more”-mantra.

Reducing the amount of material or energy is not always in favour of the other. There are various trade-offs when dealing with this. For example in the case of the energy grid, the usage of heavier high quality cables reduces the amount of energy losses. Energy that is often generated from the incineration of fossil fuels. So what would be better: using much more copper to reduce the amount of fossil fuels, or using less copper requiring to burn more fuel. If you will consider the complete chain of mining, manufacturing and transport, it becomes a rather complex trade-off.

The less is more idea does not always hold true either. The mainstream idea is to become as efficient as possible and making things light weight – lean manufacturing, reduce transport costs, etc. However, if you want to be able to reuse materials from a building once the building gets dismantled, you may want to have materials that are of certain standardised proportions. Proportions that were not the most efficient when the building was constructed. A great example is the town hall of the Dutch municipality Brummen. The constructor suggested to use larger wooden beams such that he could reuse them again in a next project.That way the material will last longer without the need to mine new materials. With that idea in mind the town hall became a real material bank!

So all in all the following facts do not speak in favour of the conventional idea of the circular economy:

So that means that our economy will always require some feed-in of new feedstock, either of biological or of technical nature and also some form of sink where obsolete materials can go to.

Does that mean that the simplicity and beauty of a circle doesn’t match with the idea of a circular economy? No, we should zoom out a bit. In my opinion we’re forgetting to look at the complete picture. So how does this complete picture look like? Let me guide you through it step by step.

Let’s look at the economy itself – without its feedstock or its excrements – and we reduce it to its essence. Simply put, this is the trade of goods and services in exchange for money. The money keeps on flowing around. A flow that can be depicted by a circle. We could trade faster or print more money to increase the thickness of the circle and think that our economy grows, but in the end we’re just decreasing the temporal value of that money.

But as we concluded the, the economy will need a feedstock of materials and some sink where obsolete materials can go to. As long as we will not retrieve these materials from outer space and do not send our waste there, the Earth will be our best friend. That Earth consist of an autonomous ecological system of various layers. Summarized, the layers or spheres that we can use are:

When making this a bit more abstract we could see them as four circles. Circles that are in constant interaction. A great illustration of this is the painting Catopaxi by Frederic Church. In a single painting he illustrated the interactions of stone and water forming soil for trees to feed on, all in a dramatic landscape of ash clouds partially hiding the sun being the power source of that system.

So in general, our economy should be in balance with these ecological spheres of system Earth. However if we look at what is currently happening, we are retrieving a lot of virgin material to sustain our technological needs and the population growth. At the same  time people are telling to keep materials longer in the economy through reuse and recycling.

While these materials are in our economy they have no use to the other spheres. And the moment material leaves our economy, in many cases it is to no use to the ecological sphere: excess of carbon dioxide or small plastic particles in the water, etc. The image on the right tries to depict this situation.

Furthermore, if we keep on accumulating material in the economy, the interactions within the ecology would get limited. These interactions are currently helping to support our economic needs, but by retrieving more and giving nothing useful back, it could backfire on us.

Of course this is a bit exaggerated, but the point is clear. We should avoid a imbalance between the spheres. How? By letting our economy be symbioses with the other spheres. We should not aim for having to recycle everything in our economy. If the other sphere’s are helpful in that process, use them because they need a feedstock as well. Easy to implement examples are biobased solutions. However solutions can certainly be found in the other spheres.

We could argue that the economy is just another sphere that is working our Earthly system, next to the ecological spheres. To put that in the same terms, the economy would be the anthroposphere, the sphere based upon mankind. Since this sphere has become so dominant on Earth we could therefore call the current age the Anthropocene.

If we would then extend the definition of the circular economy with the interactions with the rest of our Earthly systems, the circular economy is not an economy based upon man-made solutions only. It would be one that is in symbioses with the already available systems the Earth provides and making use of them in a responsible way.

What this vision means in practice is something to elaborate on in a few more blog posts. So stay tuned for the next parts about my vision of the Circular Economy in practice, the social responsibility aspects, and more!

← What is Understood by the Circular Economy Concept?
Resource Hierarchy Explained →

This site uses Akismet to reduce spam. Learn how your comment data is processed.