An extensive history of the Circular Economy 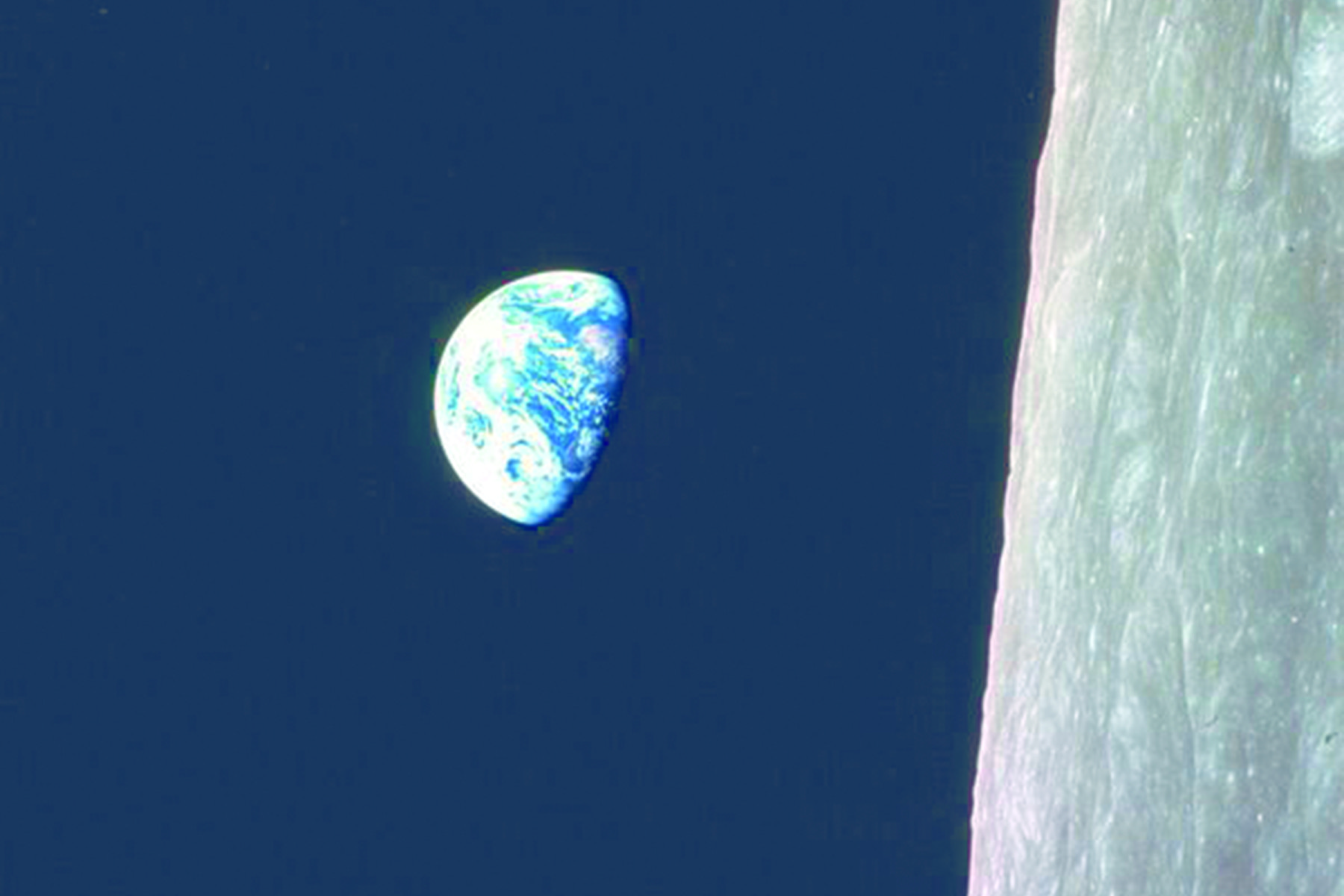 The Industrial Ecology paradigm took off in the 1960s, a decade that was highly influenced by the space exploration ambitions. The first images of Earth from space were taken in these years and are claimed to have influenced mankind’s  awareness of Earth’s fragility. It was also in this decade in which several books and reports supporting the idea of Industrial Ecology, referred to the Earth as a finite spaceship. For example, in 1966 Boulding wrote an essay titled “the Economics of the Coming Spaceship Earth”  and two years later architect Buckminster Fuller wrote a book called “Operating Manual for Spaceship Earth”. Boulding mainly indicated in his essay that the economy should be looked at from a different perspective as the current economic system doesn’t take into account the limited number of material resources. Fuller did not only describe the challenges like Boulding did, but also gave guidelines as how mankind should take care of the Earth such as by using only our daily energy income.

A decade later, in 1977, Stahel and Reday-Mulvey wrote a report to the Commission for the European Communities[1]The European Communities was the predecessor of the European Union and existed from 1967 until 2002. called “The Potential for Substituting Manpower for Energy”. In this report they reason that due to limited resources manpower will be favourable over machines since machines use energy generated from these limited resources. Besides, promoting manpower over machines helps to prevent emissions and create new jobs. They suggest setting this transition in motion by introducing recycling and reconditioning into the industry. This report is not so much based on the material efficiency but focuses more on energy efficiency, an important topic in the 1970s due to the energy crisis.

Whether manpower should be substituted for energy in the future has become more debatable due to growing use of renewable energy resources which takes away one of the main reasons Stahel and Reday-Mulvey put forward as energy used by machines may become fully renewable and unlimited in the future.  The socio-economic argument of job generation for their reconditioning and recycling system remains uncertain due to continuing trends of work week reduction and automation of labour intensive jobs such as sorting out products or waste separation. However, current projects like the Ex’tax project still aim to reduce the tax on labour and increase tax on resources, secondary in favour of job creation but mainly to promote resource efficiency and services instead of consumption of products.

Up till now, the term circular economy had not been used. Only in the nineties Pearce and Turner introduced it in their book “Economics of Natural Resources and the Environment”. The Brundtland commission had written their report, “Our Common Future” on sustainable development just three years earlier when Pearce and Turner developed the first fully closed circular model. They based it on Boulding’s conclusion that the Earth is the system boundary of our economy with negligible amounts of matter exchanges across that system boundary. The second law of thermodynamics also inspired Pearce and Turner in their fundamental premise by stating that the economy is a process that increases the entropy[2]measure of disorder, systems naturally progress from order to disorder of materials. This would mean that a larger turnover within the economy (a measure for economic growth) increases the rate at which entropy increases. Nature and other ecological systems on Earth are in a process of locally decreasing entropy with help of (external) solar energy.

[pullquote align=”full” cite=”Brundtland Commission” link=”” color=”” class=”” size=””]Sustainable development is development that
meets the needs of the present
without compromising the ability of future generations
to meet their own needs.[/pullquote]

It is striking that Pearce’s model includes a welfare factor (utility), being one of the first to identify and embed social aspects within the paradigm and not just money or jobs. Their approach comes close to what the Brundtland commission identified as key concepts for sustainability in 1987 considering limitations of our Earth’s resources and secondly the social impact or equity which, in be Pearce and Turners model would be the utility factor. Pearce and Turner state that consumption and resource contribute to welfare, while too much waste (the waste exceeds the assimilative capacity of the environment) has a negative amenity and hence reduces welfare and limits future generations.

After the turn of the millennium, the Circular Economy gained attention in China especially due to the fact that China’s economic growth has correlated to the amount of resources used. To avoid future problems of scarce materials, China wanted to decouple economic growth from their consumption and pollution and hence move to a more sustainable economic structure. Because of this China implemented a thorough set of regulations in a previous five-year plan to make the Circular Economy a national strategy. Their main focus of most of  these regulations are to keep the materials flow in cycles. Chinese scholars generally refer to this method as 3R, being an abbreviation for implementing reduce, reuse and recycle.

China tries to implement this paradigm not just at product or company level but at several higher of the economy. For example by developing eco-industrial parks and even eco-industrial networks on the regional level and with that including entire product, material and energy chains.

In the last few years the Circular Economy is gaining momentum in Europe. The reasoning to implement the Circular Economy is not always consistent, however it is often focused on financial benefits and job creation. These are supposed to be achieved through new business models that would push for waste reduction, resource efficiency and other environmental gains. The resource efficiency is supposed to have a direct effect on reducing costs while new business models often encompass services throughout the life cycle of a product. These are supposed to create a more continuous income over the life cycle of the product spreading but increasing turnover as well as requiring more jobs to manage these new services.

In 2002, the Ellen MacArthur Foundation published its first report on the Circular Economy that included one of the most widely used diagrams of the Circular Economy (the one above). The Ellen MacArhtur Foundation states that it is inspired on various schools of thought such as Cradle to Cradle, Industrial Ecology, Blue Economy and Biomimicry. The diagram clearly distinguishes between two material cycles: the bio-based (green) and the technical (blue) sphere. Next to that it includes the principle of cascaded usage and the waste hierarchy. One of the criticisms to this diagram is that is still includes a form of leakage of materials from the economy through incineration and land fill.

In the last few years the Circular Economy idea is spreading around the world. From the South America’s, South Africa and Australia. This seems to be diversifying the number of interpretations on the paradigm. Especially because governments and other policy-makers see the premise of the Circular Economy as an opportunity to tackle local socio-economic issues.

The latest development on policy-making side is the presentation of the EU Circular Economy package in December 2016. It is a package that contains an action plan and legislative changes. The legislative changes mainly focus on waste management[3]based on EU waste hierarchy while the action plan also includes production and consumption elements. Right now the EU’s presidency of the Netherlands uses this Circular Economy package to promote the developments in the Netherlands such as Netherlands Circular Hotspot.

Scientific development and discussions on the concept, definition and principles could get some more attention if so many governments are basing their policies on it, companies their sustainability strategies and consumers their purchases.

NB. This blog post is largely based on my thesis. You can find it here, also for a full list of the references.

← Risks of the Circular Economy
A hype of economic paradigms!? →

One Comment on “An extensive history of the Circular Economy”

This site uses Akismet to reduce spam. Learn how your comment data is processed.